Classic books I will never finish

There are some books we fall into as if by magic...swept away into a sea of reading enjoyment. Then there are others that fall flat as roadkill never to be finished, and perhaps to be tossed beneath the wheels of a garbage truck. It's those big losers I want to discuss with you today. Though I'm a huge fan of classics, those mountainous books to be scaled and conquered, these specific novels have been demoted to dust catchers on my shelves.

Whether in high school or college, there is almost no way to get around reading Walden, by Henry David Thoreau. Though, somehow, I managed it! I picked this one up in an American Lit survey course and did as little reading of it as possible. I was gobsmacked by Thoreau's false promises of a life in the wilderness and his "deep appreciation of nature" was a joke. The truth of the matter is that he lived on his family's land, walked to town to gossip and grab the newspaper, and he occasionally felt the call of the wild in his blood...an overwhelming urge to attack and eat a small animal in the brush. Sounds more like an iron deficiency than a tried and true love of the land.

Even though Dracula, by Bram Stoker, seems to be everyone's favorite classic vampire story--the tale to spawn all other vampire fiction--it fell decidedly flat for me. Perhaps it's a case of knowing too much about the plot and characters on the front end, but I don't think I've ever passed page 75. I've watched too many vampire films, read too many other vampire novels and even read a comic book adaptation of the original Dracula story. What's left for me? A nail in the coffin.

While Walden and Dracula are fine pieces of fiction, or so I hear from the people who have finished them, the penultimate literary exploration always seems to come back to Ulysses, by James Joyce. It's Postmodern, stream-of-consciousness, hard to grasp and decidedly complex. Three chapters in, and I unabashedly jumped ship. While it may be the mountain "serious readers" aim to conquer, I think I would rather sit in the shade with a more enjoyable tome.

While the classics have much to teach, I will seek for my enrichment elsewhere. Some heights are meant to remain unscaled. 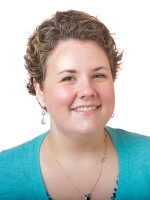 Andi Miller
Andi Miller is an alumna of Texas A&M University-Commerce and has devoted her career to higher education, literacy and effective communication as an instructor, administrator, content marketer and public relations professional. In addition to her work in higher education, Miller has been a literary blogger, essayist and book reviewer for nearly ten years. She is a member of the National Book Critics Circle and her writing has been syndicated by BlogHer, a network of women in social media that reaches over 100 million readers per month. Reading is her superpower.
See stories by Andi Miller
Latest Stories
Related Content